back to nature - bamboo diaries #1 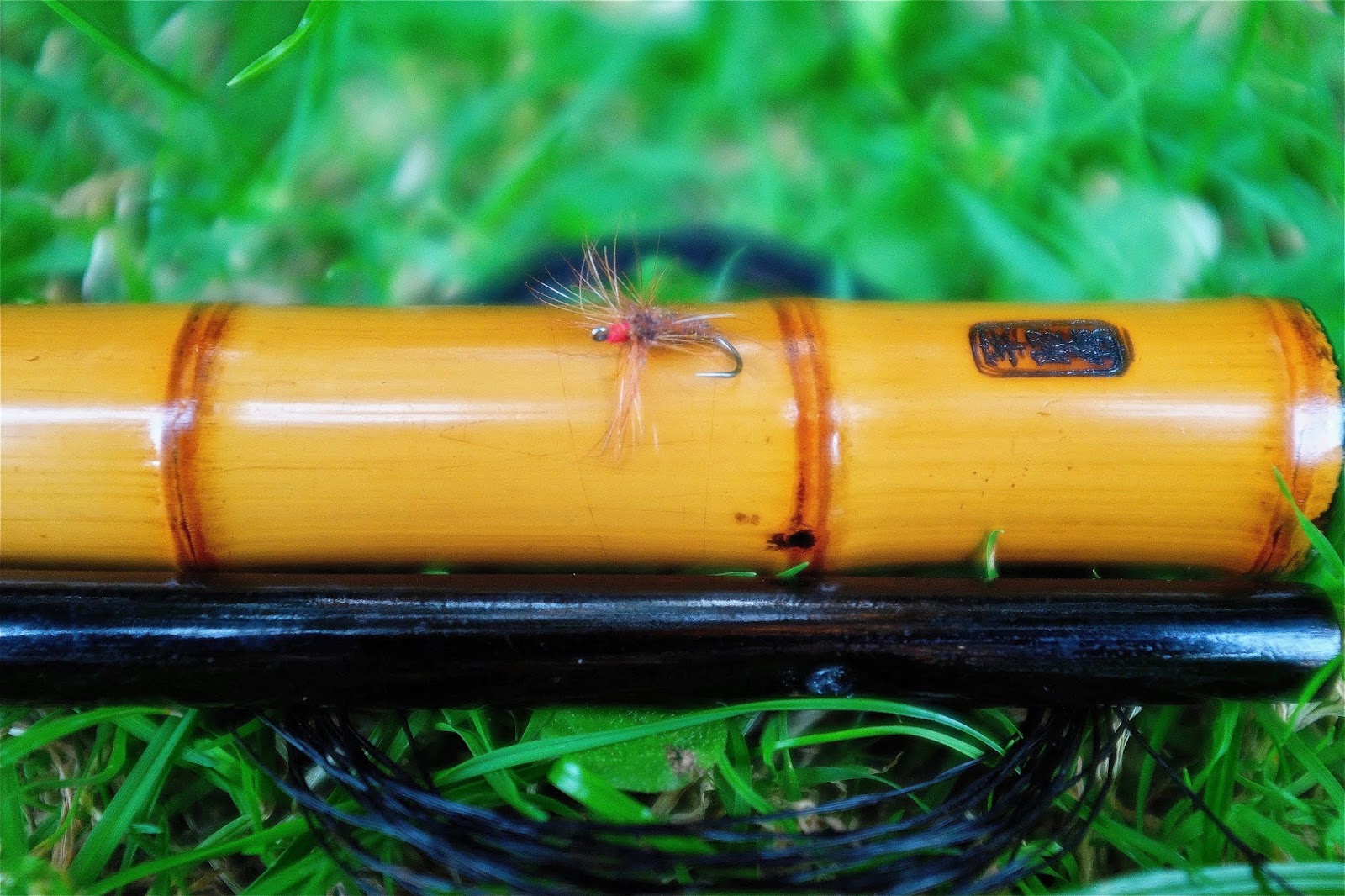 This moment was inevitable, and my heart is in my mouth. The fly lands just ahead of the fish, off to one side. A tail twitch but no take and I'm wondering if the crimson hothead is too much today as the fly swiftly drifts back towards me, unmolested. But for some reason the fish turns at the last second, pursuing the kebari downstream, jaws open, hunting it down, hooking itself, I can't miss. A good fish, a couple of pounds and the first proper test of the horsehair line and of the bamboo rod now bucking in my grip. There is no time to wonder now if either are up to the job, as the fish pulls strongly towards the snags. Rod over to the side, parallel to the water, turn the fish, another run, same again then rod held high, get the fishes head up, tire it quickly. Fish in the net, breathe, sense of relief then a realisation that my fishing system of bamboo & horsehair was never really challenged at all. Evolved, tried, tested and used for generations by those who know.

So it works, surprisingly well, and thinking about that last statement, there shouldn't really be any surprise at all. But there is more. While I'm not sure if this system will enable me to do more or different things on stream (though time alone will tell on that) there is another dimension to the experience of fishing with bamboo and horsehair, in that it feels different, both physically and metaphysically.

Physically in many ways - more of this later. Metaphysically, in that the interface, the connection, between angler and environment feels fundamentally different - for this angler at least. Of course there is the aesthetic, the pleasure of fishing with the beautifully handcrafted. Then there is the uniquely warm feeling that is  reward for supporting and engaging with fine, traditional, artisan craft. These things I sought and gained when I acquired my own bamboo tenkara rod. The unexpected dimension, that of connection, is harder to put into words. But I'll try. Bamboo rod and horsehair line creates for me a natural continuum between angler and fish in a way that carbon and synthetic casting line just can't. It's like my fishing gear grew out of the ground itself, formed of nature itself, and of course in way it is.

I can't really explain why, but when I'm fishing, this notion just makes me feel.. well.. happy. 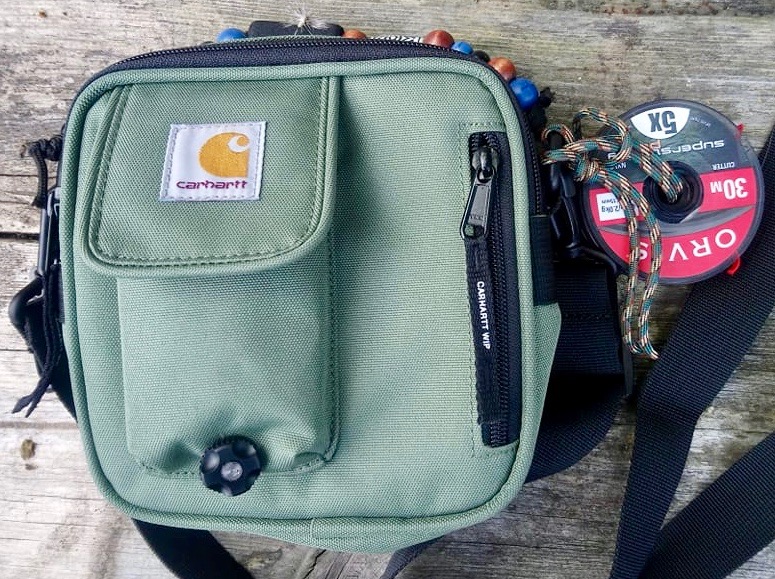 honey I pimped my tenkara pack

Actually it's not a tenkara pack, well it is now, but it didn't start off as one (if you see what I mean).
This betrays the fact that after a prolonged and fruitless search for the right pack from fly fishing outfitters, I've cottoned on to the potential of products from non-fishing brands.
I've checked out all of the regular fly fishing pack makers, but none, as far as I can see, fit my criteria. I want robust, versatile, user friendly, but above all minimalist. Everthing I've been looking at, or already own, is just way too bigfor my purposes.
I really am on the minimalist path with this. Tenkara is pretty slimmed down at the best of times but it's still possible to go out on stream over-encumbered with too many fly boxes, too many casting lines, too many spools of tippet. My pack list has been refined down to:
one fly box  one spool of casting line two spools of tippet haemostats nippers/hook hone
..and a meiho line holder on my rod
I want a pack that would allow me … 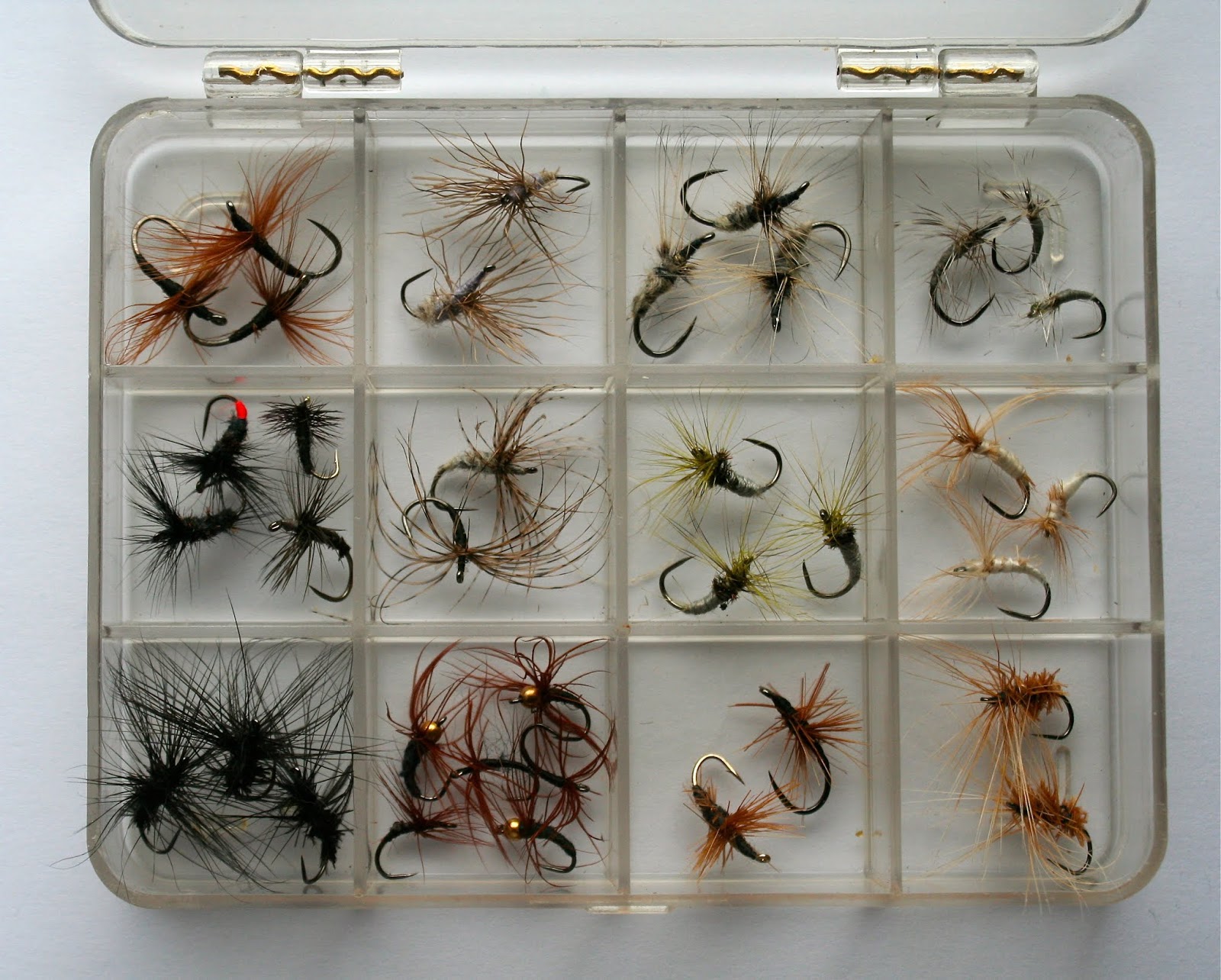 Now listen up! Recruiting now! But no space here for shirkers. No place for poseurs, imposters, three-legged donkeys or Bengal Lancers. Only the right stuff is allowed in the West Beale fly box.
Ceremonial dress not required, combat fatigues are de rigueur. The scruffier the better. Big or small I have a mission for you all. I don't care about your past history as long as it was catching fish. I don't care about your persuasion - we have both kinds here.  So fall-in, soft hackles on the left, stiff hackles on the right. Bead-heads form your own section - you're going on special ops.
The new season is coming up. Synchronise watches, we're going in at night, hit the water at first light. Sink or swim, it's up to you. Good luck and if you get taken hang on, I'll get you out again, you can rely on me. 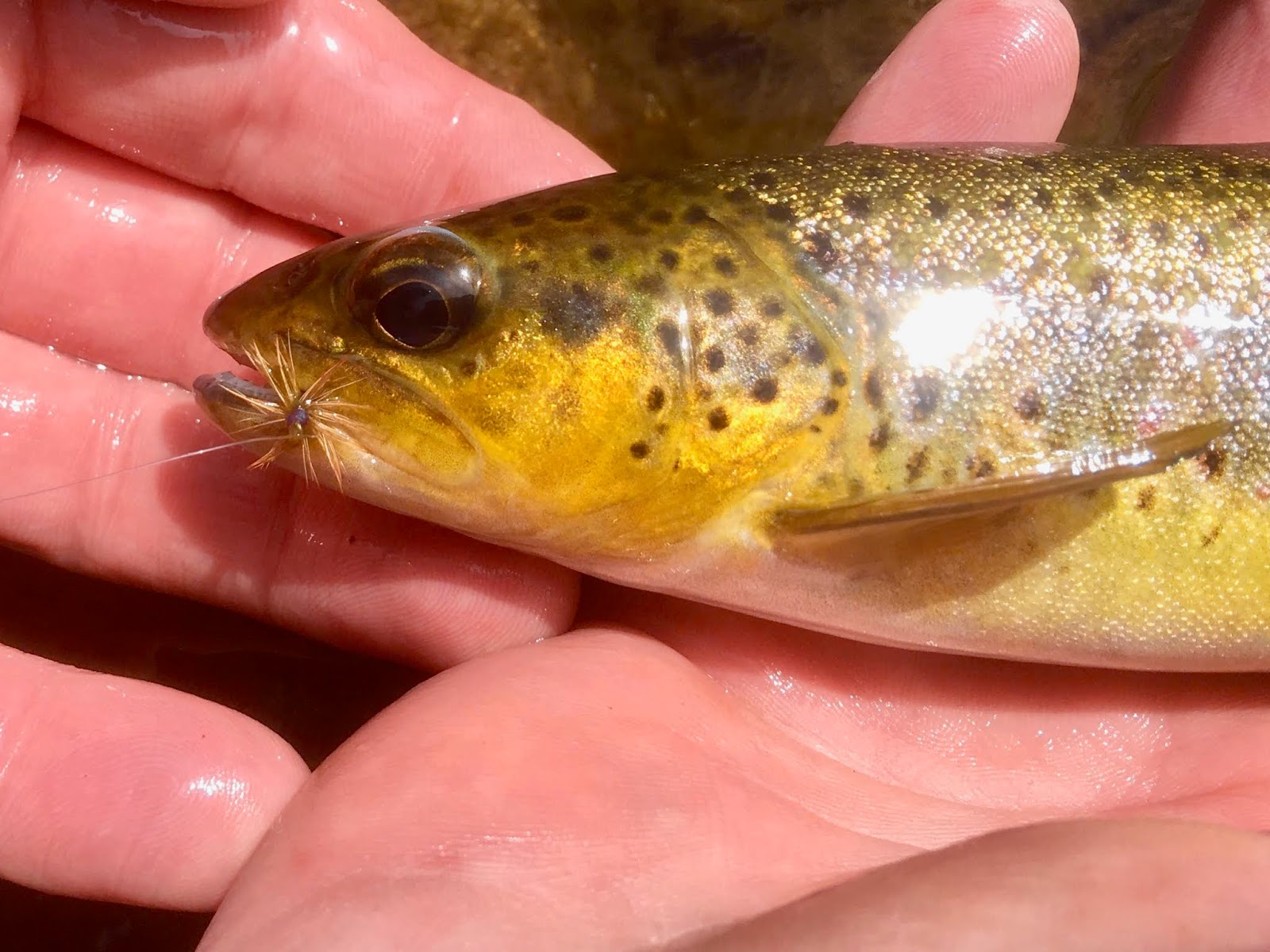 The answer, my friend, is blowin' in the wind

As we watch, the fly skips and flutters in the air just above the surface of the water. It touches down onto the surface film, pausing momentarily before lifting off and flying back across the pool. On the edge of the current, the fly drops onto the water again, lifting and re-settling in a hopping motion, perhaps laying eggs into the stream.

Exhausted now, it's stuck in the film, lacking the strength to lift off again, and  the fly's struggles to get airborne send little concentric ripples radiating out across the water. The fly is dead centre now of a bulls eye of its own making, and as we watch, a trout hurtles up from the depths to snatch it down. In one last Herculean effort the fly manages to rise from the water, but the trout propels upwards like a little torpedo and intercepts the fly in mid air, a few inches above the water, turning with its prize in a flash of bronze and butter. But all is not quite as it seems, for the fly is a kebari and it's attached,  tippet …